Tickets for the PBR Unleash The Beast’s Indianapolis Invitational
on sale Monday, September 19 at 10 a.m. ET

INDIANAPOLIS, Ind. (September 14, 2022) – For the second time since 2012, PBR (Professional Bull Riders) will buck into Indianapolis, Indiana, holding the elite Unleash The Beast’s Indianapolis Invitational, featuring the Top 30 bull riders in the world, at Gainbridge Fieldhouse in on Saturday and Sunday, January 28-29, 2023.

For two nights only, the Top 30 bull riders in the world will compete in one of the most exciting live sporting events to witness. With riders going head-to-head against the sport’s rankest bovine athletes, the tour stop will showcase the ultimate showdown of man vs. beast.

When PBR was last in Indianapolis, Mason Taylor (Maypearl, Texas) delivered a dominant performance at the 2022 Unleash The Beast (UTB) season-launch event. Taylor exploded from the chutes aboard Casper (Gene Owen Bucking Bulls) in Round 1. The monstrous 90.75-point ride, the highest of the round, punched his ticket to the championship round atop the leaderboard. In the championship round, he was awarded 89.25 points on Diddy Wa Diddy (Cord McCoy/Bill McCarty) to clinch the first event win of the season.

Prior to last year’s event, the PBR last visited in 2012, when veteran Brazilian contender Fabiano Vieira emerged victorious as the event champion in the Hoosier state.

Positioned at the start of 2023, the PBR Indianapolis Invitational will play a crucial role in shaping the initial championship race to the PBR World Finals in May in Fort Worth, Texas, which awards a gold buckle and million-dollar bonus to the world’s best bull rider.

The bull riding action for the PBR Indianapolis Invitational begins with Round 1 at 6:45 p.m. ET on Saturday, Jan. 28, followed by Round 2 and the championship round at 1:45 p.m. ET on Sunday, Jan. 29. All competing bull riders will get on one bull each in Rounds 1-2. Following Round 2 Sunday afternoon, the riders’ individual two-round scores will be totaled, with the Top 12 advancing to the championship round for one more out and a chance at the event title.

Tickets for the two-day event go on sale Monday, Sept. 19 at 10 a.m. ET and start at $15, taxes and fees not included. Tickets can be purchased online at Ticketmaster.com and PBR.com, at the Gainbridge Fieldhouse Box Office, or by calling PBR customer service at 1-800-732-1727.

Group sale pricing will also be available, offering specialty groups up to a $15 discount on select price levels.

PBR Elite Seats are available for avid fans who want an exclusive VIP experience while enjoying the world’s top bull riding circuit. Available in three tiers, these tickets start at $245 (Bronze Seats) and offer premium seating, a personal on-site concierge at the PBR Fan Loyalty Booth, a $20 concession voucher, a commemorative credential and lanyard, and a photo in front of the bucking chutes.

Available for $315 is the PBR Premier Elite Seat. Not only will VIP Elite Seat holders receive a premium seating close to the action, but you also get an EXCLUSIVE PBR 30th Anniversary Collectible Item, a pre-show backstage tour with PBR Talent, and a PBR 30th Anniversary Branded Frame to take home after the show.

Do you want to see the toughest sport on dirt up-close and personal? There is no better seat in the house than PBR PREMIER Elite Seats, ticket pricing at $375. Not only will PBR PREMIER Elite Seat holders receive premium seating close to the action, but you also get an EXCLUSIVE PBR 30th Anniversary Collectible item, a backstage tour with PBR Talent, a PBR 30th Anniversary Branded Frame to take home after the show, and a 2023 PBR Yearbook.

PBR is the world’s premier bull riding organization. More than 500 bull riders compete in more than 200 events annually across the televised PBR Unleash The Beast tour (UTB), which features the top bull riders in the world; the PBR Pendleton Whisky Velocity Tour (PWVT); the PBR Touring Pro Division (TPD); and the PBR’s international circuits in Australia, Brazil, Canada and Mexico. In 2022, PBR launched the PBR Team Series—eight teams of the world’s best bull riders competing for a new championship—as well as the PBR Challenger Series with more than 60 annual events nationwide. The organization’s digital assets include PBR RidePass on Pluto TV, which is home to Western sports. PBR is a subsidiary of Endeavor, a global sports and entertainment company. For more information, visit PBR.com, or follow on Facebook at Facebook.com/PBR, Twitter at Twitter.com/PBR, and YouTube at YouTube.com/PBR 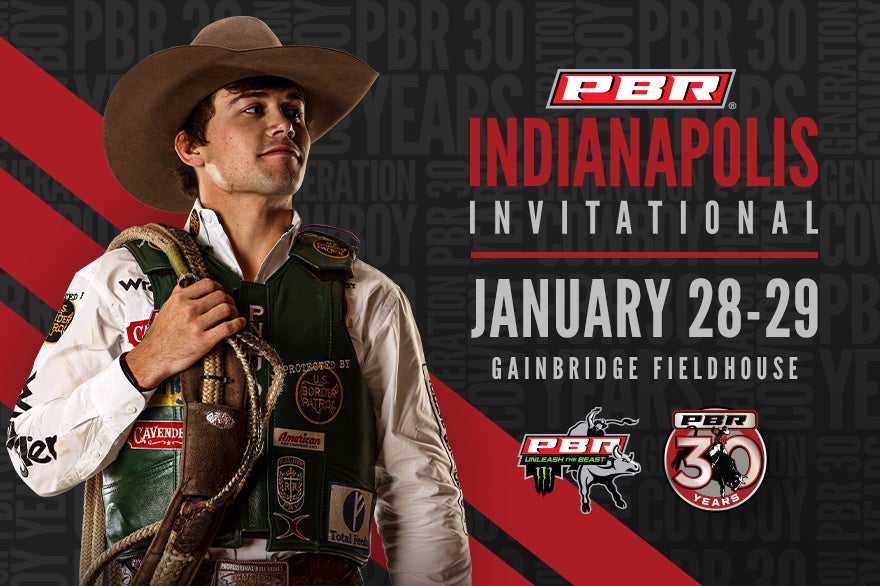