LOS ANGELES (October 15, 2021) - Today, Premier Productions announces multi-platinum selling, multi-award-winning artists Chris Tomlin and UNITED will co-headline their long-awaited 2022 “Tomlin UNITED” Tour, which will stop at Gainbridge Fieldhouse in Indianapolis on February 17th, 2022. Anticipated to be the biggest Christian music concert of the year, the Tomlin UNITED Tour will welcome thousands of fans each night to worship together and experience songs that have shaped modern faith today. Sponsored by illumiNations, the live worship experience includes 33 dates across the U.S., making stops in major markets including Indianapolis, Boston, Chicago, Dallas, Los Angeles, Washington D.C., San Francisco, Miami and two shows in the New York area before ending in Duluth, GA on April 13.

Tomlin and UNITED are also offering fans an exclusive pre-sale opportunity that provides advanced access to premium seats, exclusive access to rewards, and a chance to win the official grand prize: a flyaway package for two to attend the Los Angeles concert with the ultimate backstage experience. Other winners will receive VIP tickets for an exclusive tour experience. For more information on pre-sale access and a social media contest, visit: www.TomlinUNITED.com.

“We really believe this tour is going to be something unforgettable,” said Chris Tomlin and Joel Houston (UNITED). “We’ve been trying to do something like this for a long time and we have a real sense of trust in the fact that this is the right time. This is the moment for what God has been planning and in that, we think the timing has everything to do with the people joining us each night.”

After an 18-month delay, the “Tomlin UNITED” Tour aims to not only bring the church back together but also bring faith back to the center of our conversations. Expected to be an experience unlike any other, the tour offers friends, family, and strangers the opportunity to worship together again after what has been a long season of isolation.

On their collective desire for the tour, Tomlin and Houston said, “At the heart of it, we want people to leave with the understanding that there is a greater hope in this world. This is a critical moment in time for people to be reminded that there is a true and living hope, and that’s Jesus. That is what we proclaim with these nights.”

It is estimated that 20-30 million people across the world sing one of Chris’ songs every week in church services in nearly every language. TIME magazine heralded him as the “most often sung artist in the world” as his music has inspired and uplifted an entire generation of believers. Along the way, Chris has scored 17 #1 one singles at radio, placed 29 top ten hits (more than any other Christian artist), sold more than nine million albums with 4.5 Billion career global streams, earned a Grammy, three Billboard Music Awards, 26 Dove Awards, became a two-time BMI Songwriter of the Year honoree and an ASCAP Songwriter of the Year. In 2016, he was named one of only four artists ever to receive the Sound Exchange Digital Radio Award for over 1 Billion digital radio streams, alongside Justin Timberlake, Pitbull and Garth Brooks. Chris is also the first Christian artist to reach the Billion streams threshold on Pandora and was presented with their BILLIONAIRE award. On the heels of the success of Chris’ #1 debuting album Chris Tomlin & Friends, which currently has over 150 million global streams, included his second longest running #1 song “Who You Are To Me,” featuring Lady A, Chris and UNITED have come together for what is expected to be the biggest Christian tour of the decade. As one of the most successful Christian touring artists today, Chris Tomlin has sold-out venues everywhere including New York City’s Madison Square Garden, Hollywood Bowl in Los Angeles, Nashville’s Bridgestone Arena, Red Rocks in Denver and more.

UNITED is a multi-award-winning, platinum-selling artist whose chart successes (repeatedly no. 1 on Billboard’s Christian charts and up to #5 on Billboard 200) are only bested by the millions of lives they’ve impacted across the globe. Reporting over 50 million people singing from the Hillsong catalogue songs every Sunday, the modest band born from a youth ministry out of Hillsong Church in Australia, touts a reach of over 10 million across all major social network platforms to date, including 2.1 billion minutes garnered from YouTube viewers. Comprised of an evolving, eclectic mix of musicians and songwriters, the band is led by Joel Houston and Taya, names that have become synonymous with Christian radio, dominating airwaves with every new release. Their last four studio albums have each topped the USA Christian chart, with “Zion” and “Empires” charting no. 1 (“Zion” recently also went Gold in the US); “Oceans,” written by Houston and band member Matt Crocker recently went triple platinum in the States, counting 200+ million streams and reigning on top of the Christian songs chart for a record 54 weeks.

In studio, on tour or at home, UNITED is committed to writing songs that speak truth, create a unique sound and connect people everywhere with God, evident by the success they’ve seen globally. With over 50 countries and six continents visited, UNITED continues to sell out arenas and stadiums around the world, including sold-out nights at the Forum, STAPLES Center and The Hollywood Bowl in Los Angeles, The Toyota Center, Oracle Arena, Air Canada Arena, American Airlines Arena (Miami and Dallas), and Red Rocks to scratch the surface. UNITED functions from the deep understanding that everything they do is an expression of a really extraordinary God doing what only He can do, through really ordinary people.

Founded in 1996, Premier Productions has sold over 20 million tickets to patrons. Premier has been a Top 20 global promoter and has produced more than 2,000 concerts and events in the past five years. Pollstar named Premier the #1 faith and family independent promoter in the last 10 years. Producing events that move the soul both nationally and internationally, Premier is proud to have helped raise more than $271 million to improve the lives of children and communities in 100+ countries worldwide. Whether it’s a large multi-day festival, sold-out concert or intimate conference, Premier seeks to positively impact the lives of every attendee, so they leave encouraged, happy and hopeful. Premier is currently promoting acts including Hillsong UNITED, Dude Perfect, Lauren Daigle, Hillsong Worship, Baby Shark, Casting Crowns, Chris Tomlin, Sadie Robertson, Elevation Worship, Kari Jobe Bethel Music and many more.

IllumiNations is a collective impact alliance of 10 of the leading Bible translation agencies and their resource partners working together to eradicate Bible poverty in this generation. Of the 7,000 languages spoken around the world today, approximately 3,800 have little or no access to Scripture. IllumiNations is working to change this by making God’s Word accessible to all people by 2033. IllumiNations is inviting people around the world to take illumiNations Twelve Verse Challenge. We have the opportunity to be the generation that could be the first people, in the history of the world, to see nobody trapped in the darkness of Bible poverty.  Please visit illuminations.bible/12VC. 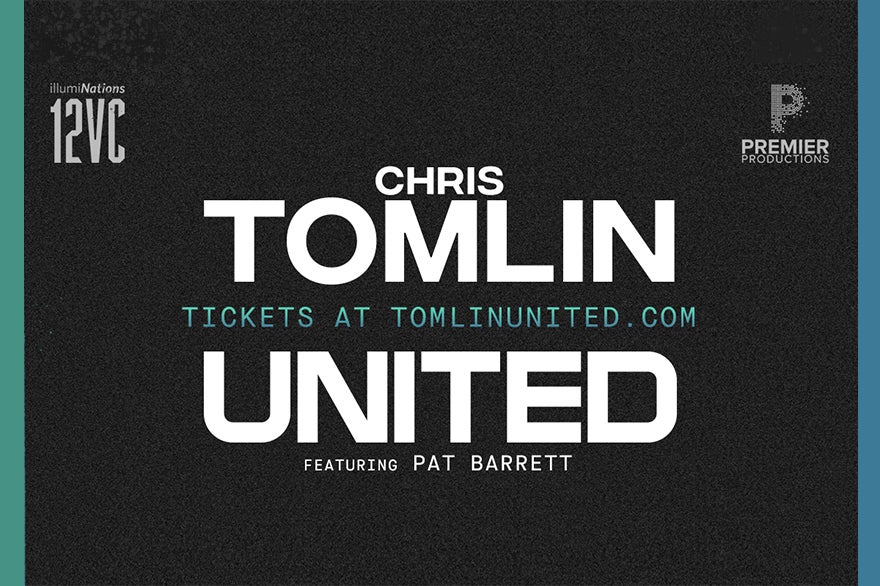