THE GROUP’S GROUND BREAKING DISNEY+ SPECIAL... “PENTATONIX: AROUND THE WORLD FOR THE HOLIDAYS” TO DEBUT THIS FALL

This fall, Pentatonix will proudly present their Pentatonix: A Christmas Spectacular! 2022 Tour which includes a stop in downtown Indianapolis on Tuesday, December 6 at Gainbridge Fieldhouse. This large-scale multi-city outing will feature the group headlining 22 of North America's top arenas coast-to-coast. The tour will kick off on November 17 in Oakland, CA, and visit major markets throughout the continent and promises to be their biggest shows yet! Season 21 winners of The Voice, Girl Named Tom, will open the night as the tour’s special guests, guaranteeing a spectacular evening and this holiday season’s best concert opportunity! General on-sale begins on Friday, September 23 at 10am local time.

In tandem with the tour, Pentatonix will unveil their 11 overall full-length and sixth holiday album, Holidays Around The World, on October 28 via RCA Records.

The record consists of stunning renditions of seasonal staples as well as show-stopping original international collaborations, living up to the promise of its title and speaking to audiences around the globe. More details will be announced in the coming weeks.

Regarding the tour and the album, Scott Hoying of Pentatonix commented, “The holidays have taken on a new meaning for all of us over the past couple of years. We cherish this time of year more than ever. However, we wanted to spread this message as far as possible. That’s why we decided to bridge the gap between cultures and genres in a way we never have before. Now, we can’t wait to see all of you on the road.”

Reaching fans everywhere, Pentatonix will also premiere the group’s fifth Disney special, Pentatonix: Around the World for the Holidays, streaming exclusively on Disney+ later this fall. The group, already having attracted 26 million viewers during their previous nationally televised programs, is back on the screen in this groundbreaking cinematic music experience. The special utilizes pioneering XR and AR Visual Technologies to tell a different holiday tale highlighted by a heartfelt script, riveting acting, and, of course, heavenly performances. It follows the group as they seek inspiration for their annual holiday LP after their manager accidentally locks them in an enchanted mailroom. Thanks to a little old-fashioned Disney magic, they traverse the globe to uncover new holiday traditions and gleam inspiration directly from listeners.

As one of the most innovative, inventive, and inimitable vocal groups of all time, Pentatonix reimagine, reinvigorate, and redefine a cappella. Since emerging in 2011, the three-time GRAMMY® Award-winning and Daytime EMMY® Award-nominated vocal quintet—Scott Hoying, Mitch Grassi, Kirstin Maldonado, Kevin Olusola, and Matt Sallee—have reached unprecedented heights, toppling charts, selling 10 million albums worldwide, generating billions of streams, and performing everywhere from The White House and Macy’s Thanksgiving Day Parade to The Hollywood Bowl. Their catalog boasts back-to-back #1 albums on the Billboard 200, namely the gold-certified Pentatonix [2015] and platinum-certified A Pentatonix Christmas [2016]. Internationally, these albums performed equally as well with five albums being certified gold, platinum, or double platinum in Canada and ranking in the top 40 albums six times in New Zealand. Their single, “Hallelujah” also reached international acclaim as a platinum-certified single in Canada and gold-certified in Germany and Switzerland. They notably made history as “the first a cappella act to win ‘Best Arrangement, Instrumental or A Cappella’ at the GRAMMY® Awards” in 2015 and 2016. A year later, they earned another GRAMMY® Award in the category “Best Country Duo/Group Performance” for their duet with Dolly Parton on her song “Jolene.”  Along the way, the collective also graced the stage of The Kennedy Center Honors for Tom Hanks, covering “That Thing You Do” as President Barack and First Lady Michelle Obama watched from the crowd. Plus, they have collaborated with Kelly Clarkson, Dolly Parton, Miley Cyrus, and Lindsey Stirling, to name a few. Beyond standout awards show and late-night television appearances, Pentatonix leapt onto the big screen with a cameo in the blockbuster Pitch Perfect 2. Not to mention, they have supported organizations such as Make A Wish, Do it for the Love Foundation, and more. Following 2021’s Evergreen, which tallied over 100 million streams, they launched one of their biggest tours to date, Pentatonix: The Evergreen Christmas Tour. In 2022, it was announced that the group will be receiving a star on the Hollywood Walk of Fame. They are back to close out the year with more original music and touring.

What To Know Before You Go

Our goal is to get you inside the Fieldhouse as seamlessly as possible. We ask all guests to arrive early, travel light and have their mobile tickets ready as they enter the building. Check out this list of important things to know as you prepare to get back downtown for plenty of fun and excitement at your favorite Fieldhouse events!

We’ve provided a complete A-Z fan guide that details everything we have to offer. We hope you will create a lifetime of memories with us at the Fieldhouse of the Future. 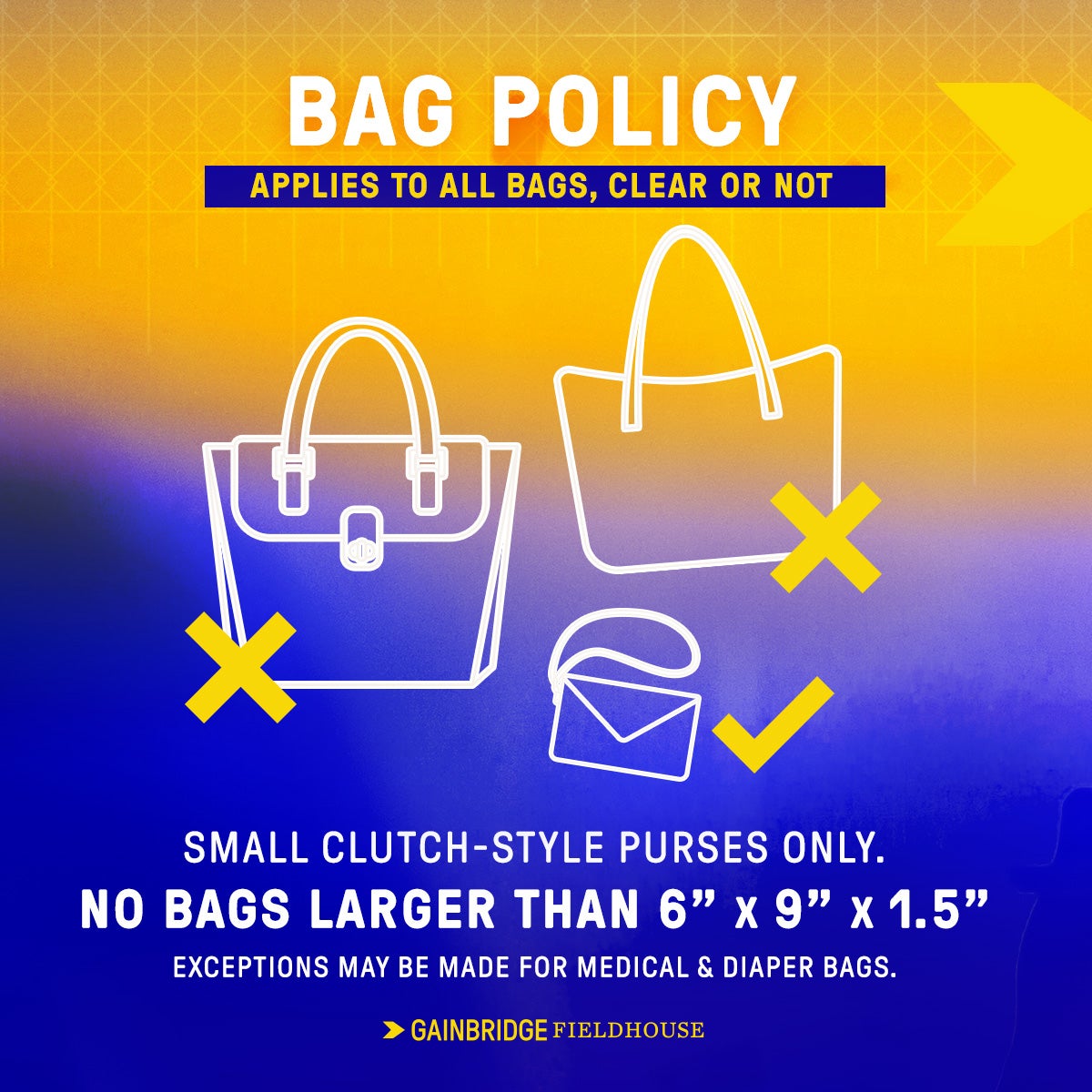 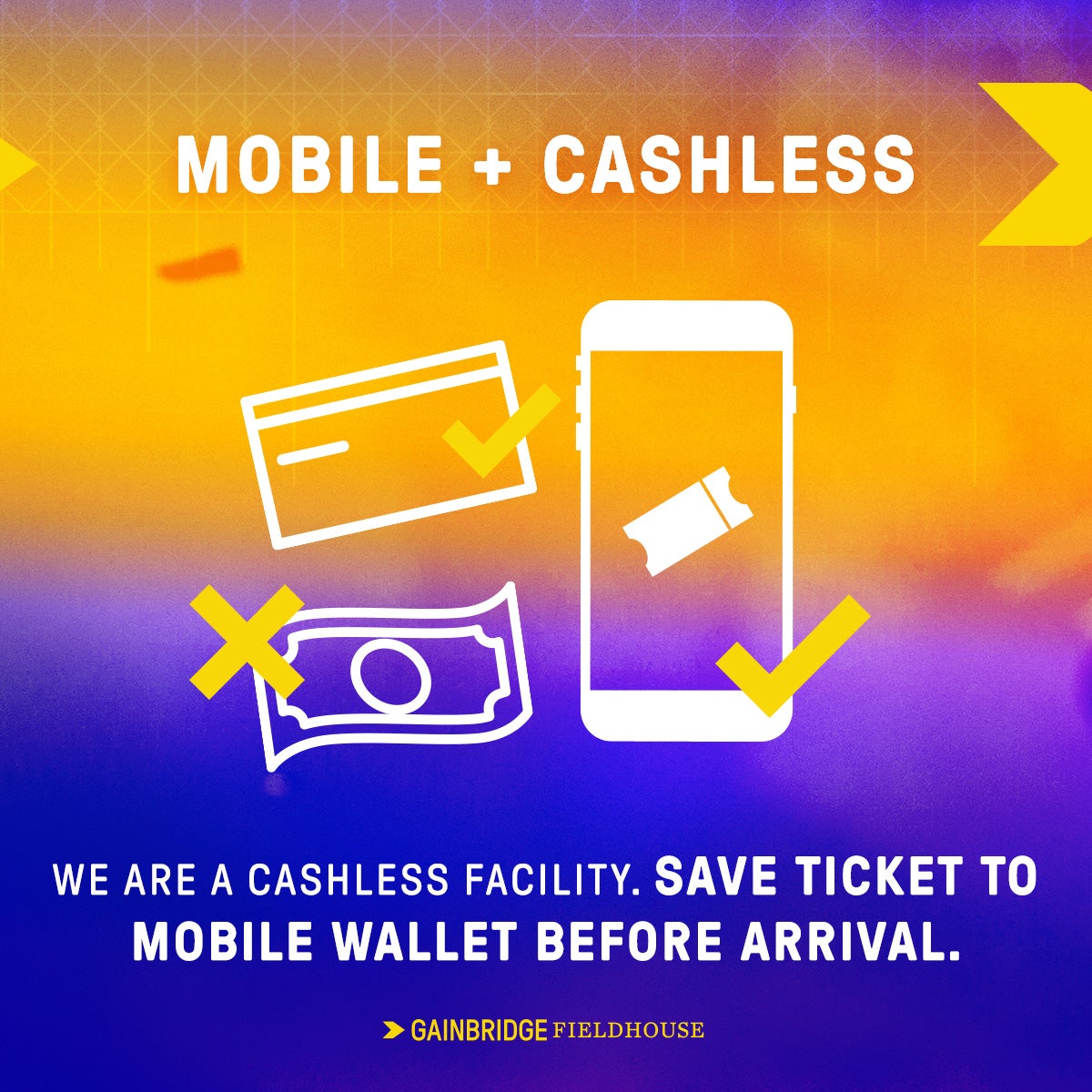