INDIANAPOLIS – The Indiana Fever announced today the 2022 regular season will tip off on the road on Friday, May 6 against the Washington Mystics. On Sunday, May 8, the Fever returns for its first regular season home game at Gainbridge Fieldhouse with a 3 p.m. tip against the Los Angeles Sparks.

The WNBA’s regular-season schedule will increase to an all-time high 36 games per team in 2022, with each team playing 18 home games and 18 road games.

Ticket information for all Fever home games at Gainbridge Fieldhouse, Indiana Farmers Coliseum and Hinkle Fieldhouse will be announced at a later date.

“We are excited to return to Gainbridge Fieldhouse, which is unequivocally the greatest arena in the WNBA, while also looking forward to fans traveling with us throughout Indianapolis for games this season. Playing again at Indiana Farmers Coliseum and at the historic Hinkle Fieldhouse will only enhance Fever fandom in Marion County,” Fever President Dr. Allison Barber said. “Through our streaming capabilities, we remain committed to growing Fever fans in all 92 counties in Indiana.”

The Fever will continue to livestream games at no cost for fans statewide at FeverBasketball.com and on the Indiana Fever’s Facebook page. This year’s streaming services will continue in Ohio and Kentucky for the second straight year.

Expected preseason games will also be announced at a later date.

The full 2022 regular season schedule is below:

Tickets for Indiana Fever home games at Gainbridge Fieldhouse for the 23rd season will go on sale to the general public on Tuesday, April 12 beginning at 2 p.m. ET 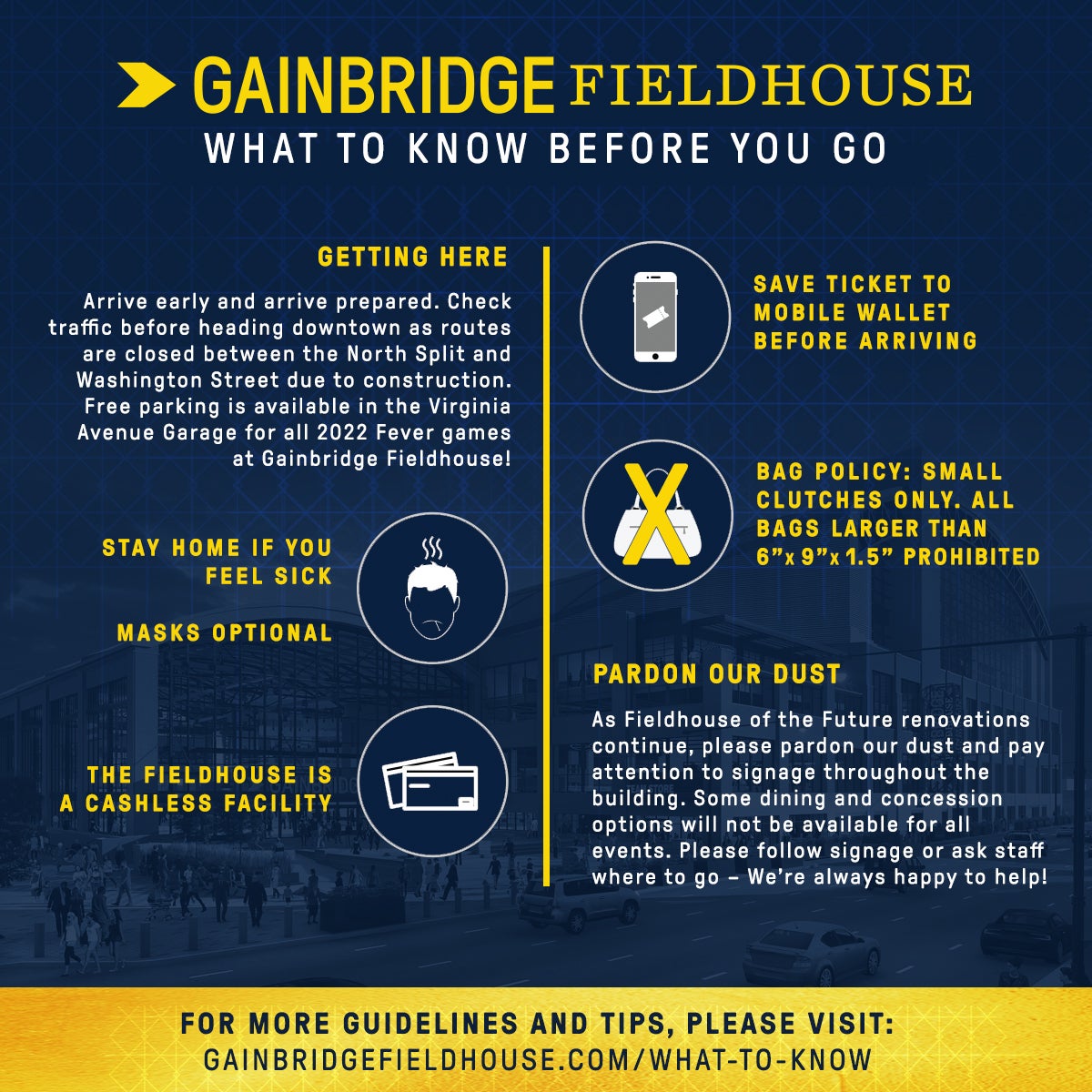 Free parking will be available in the Virginia Avenue Garage for all 2022 Fever games at Gainbridge Fieldhouse!